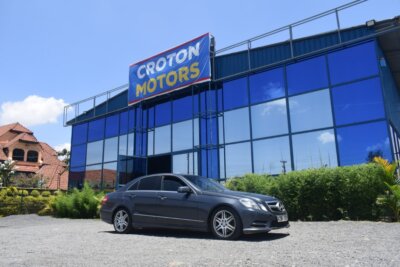 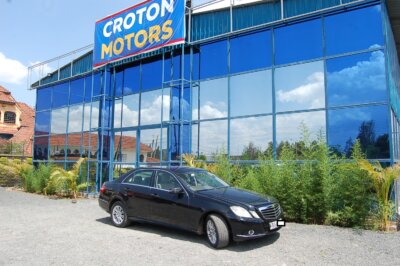 About the Mercedes Benz E Class

The Mercedes Benz E Class is the mid-range model in the Mercedes line-up, slotting in between the C Class and S Class. The E Class is also Mercedes Benz’ best selling model to date, having been in production since 1953. The current (Fifth Generation; W213) E Class which has been in production since 2016 introduced a new stylish and sporty exterior design as well as number of technical innovations that enable comfortable and safe driving.

A variety of engine options are available with the Mercedes Benz E Class (W213). These are: 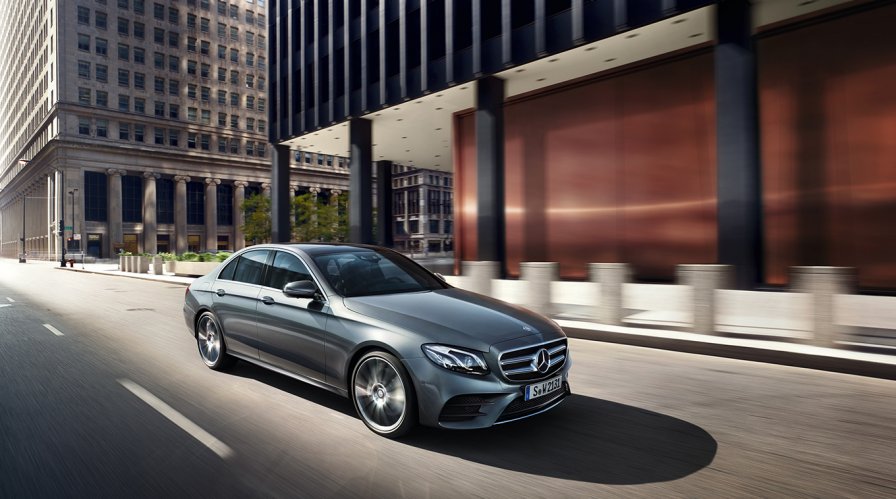 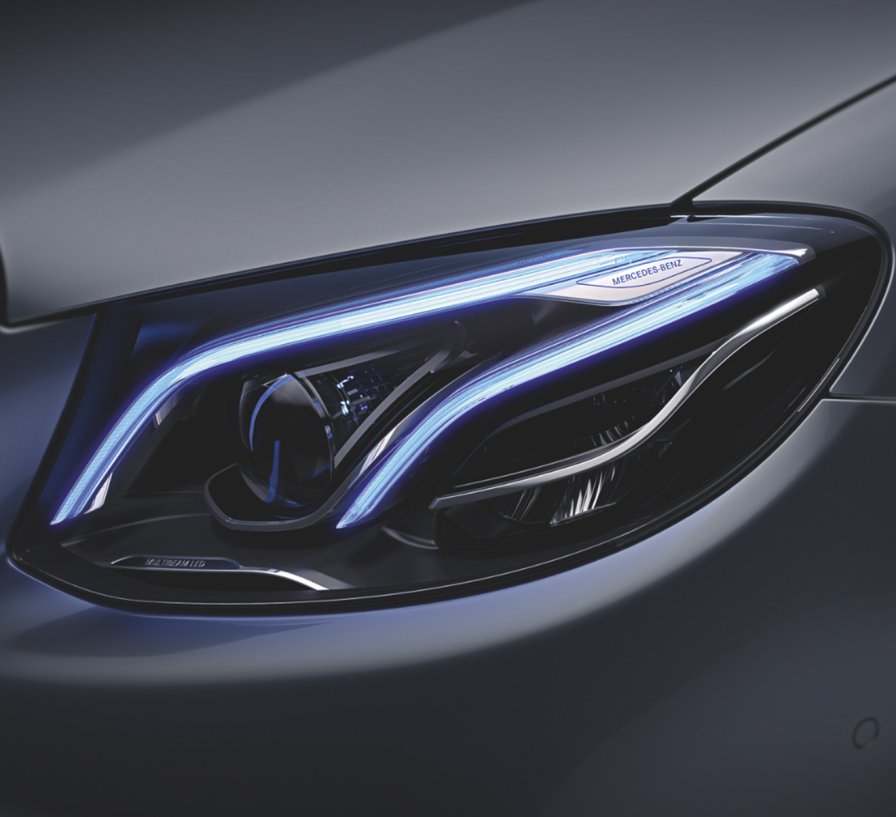 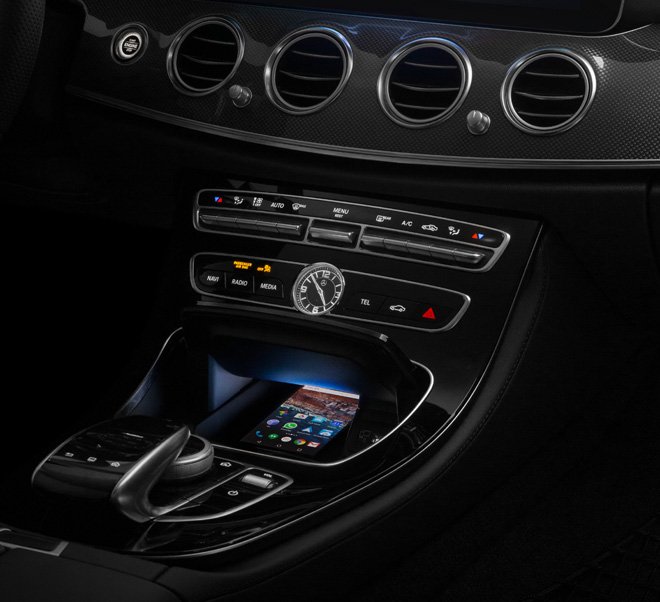 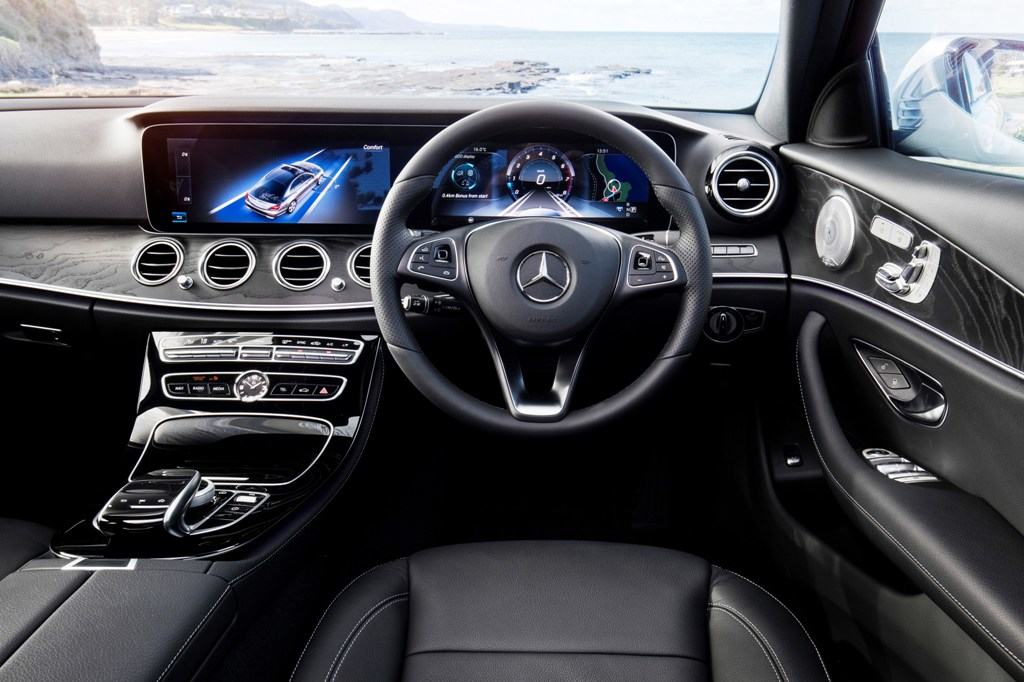 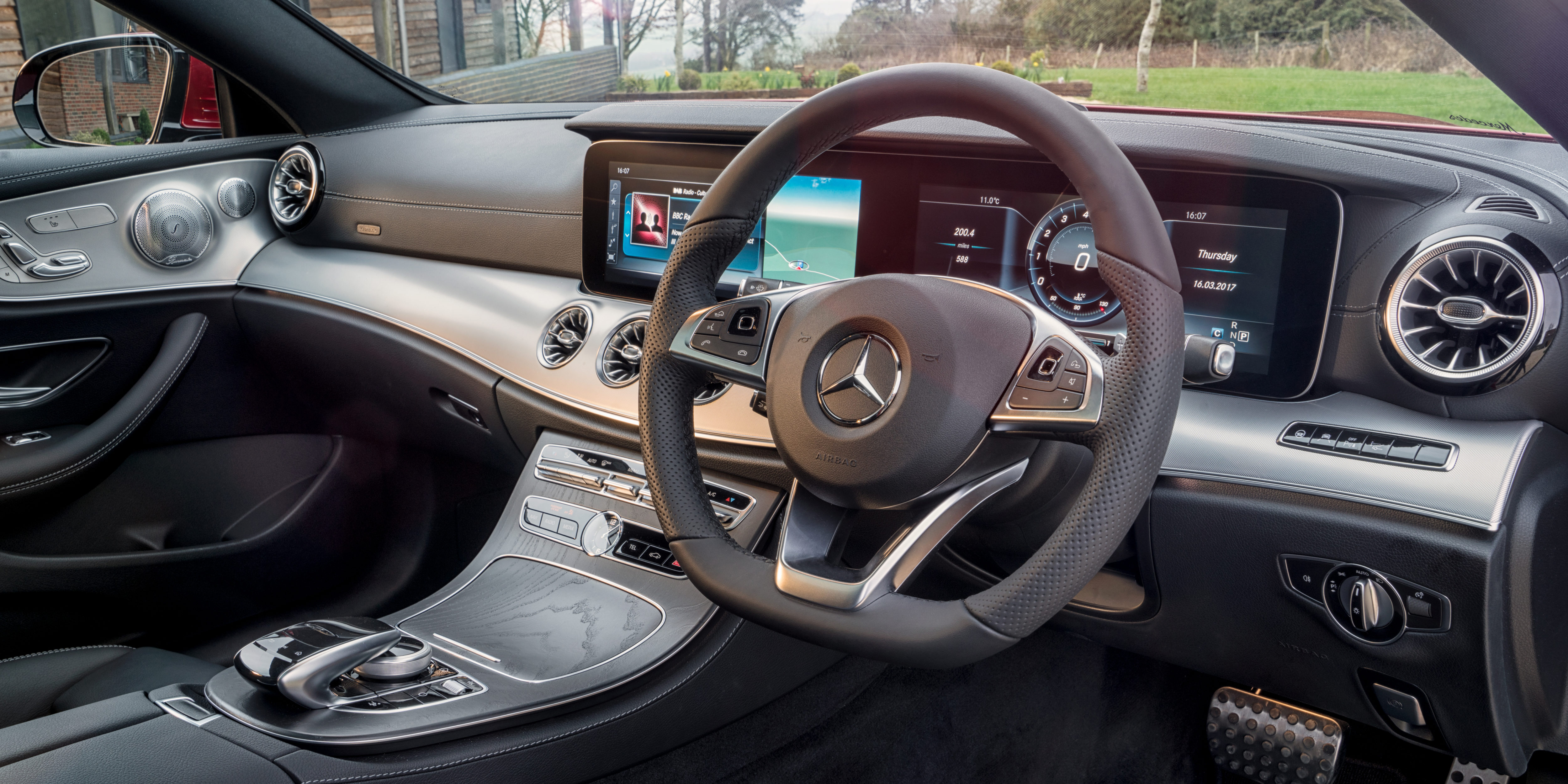 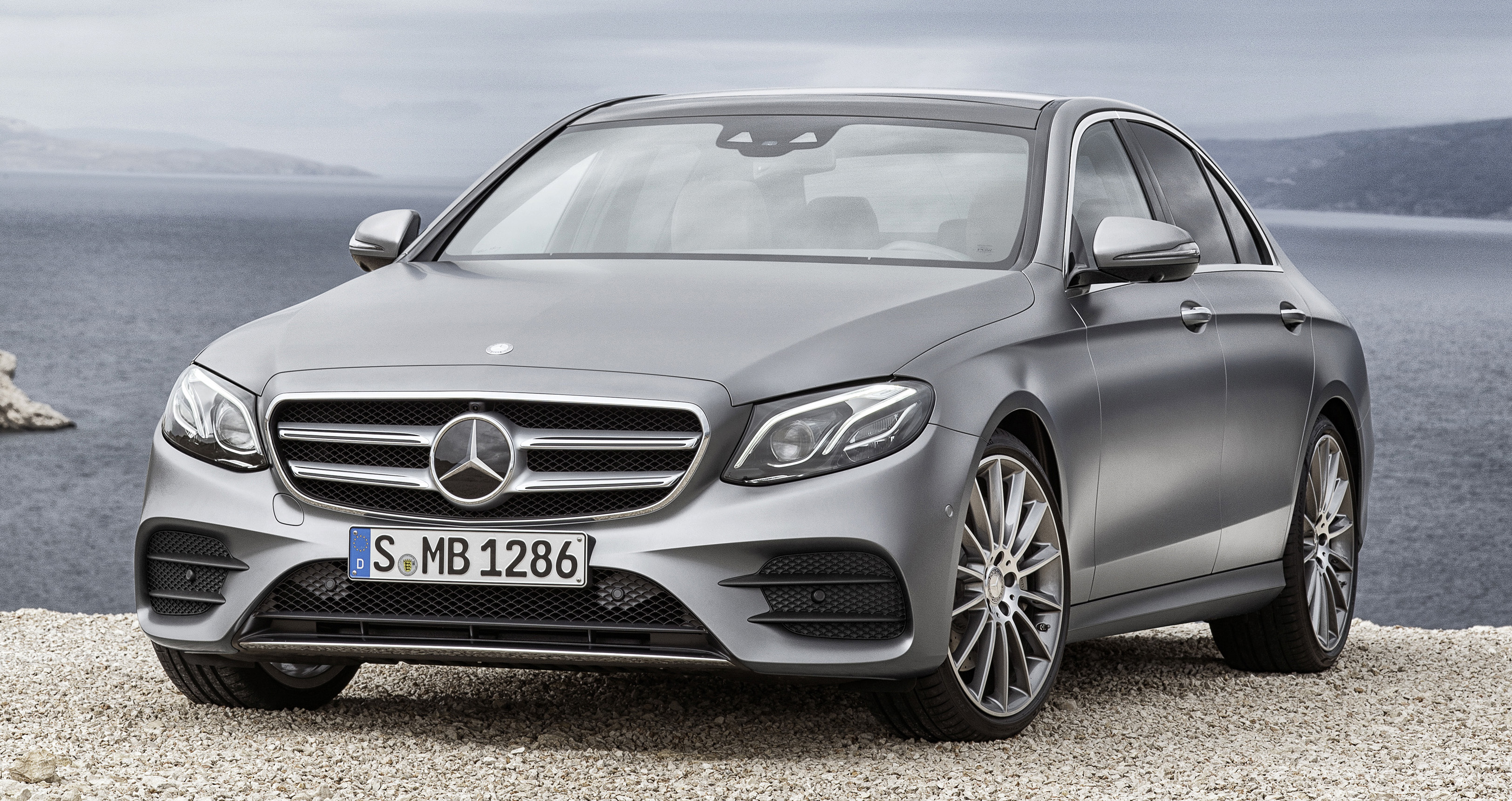 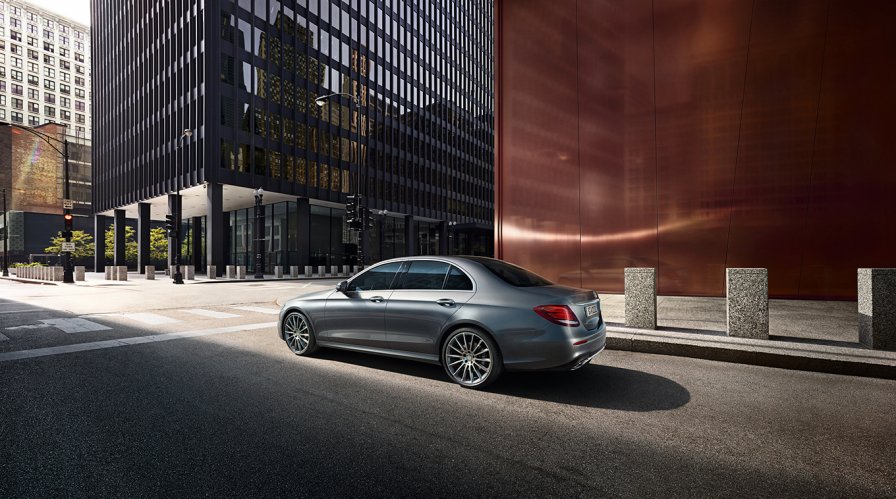 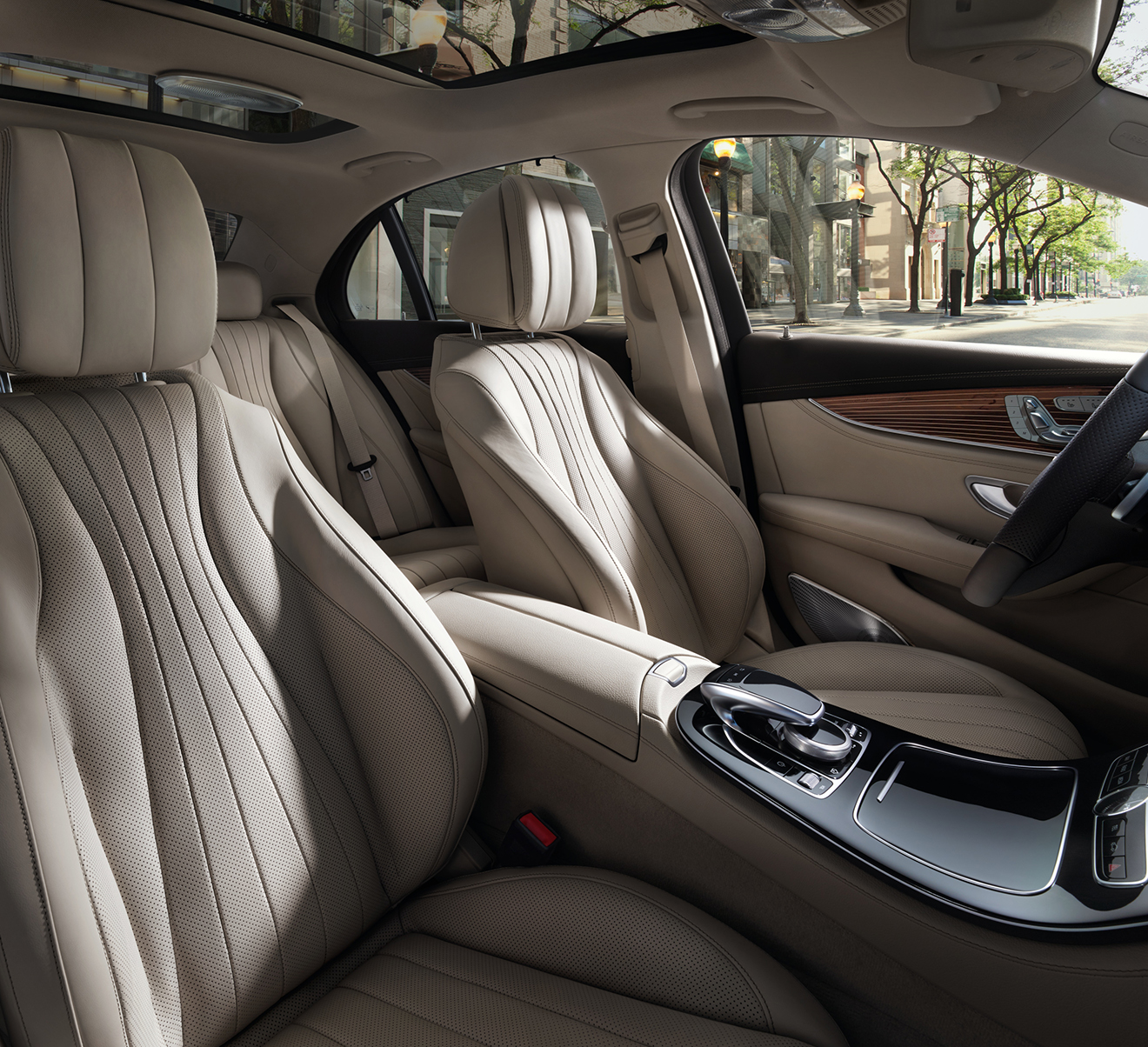 About the Mercedes Benz E Class

The Mercedes E-class is a range of executive sedans in several engine and body configurations. During every era since its inception, the E Class has evoked beauty and elegance. It has also had state-of-the-art technology in the models. The precursors to the Mercedes E Class date back to the early 50s as there was the W120, which was produced until 1962. The direct predecessor of the E Class was the W123, built between 1986 and 1994, leading to five generations of the E Class in estate and coupe body styles.

History of the Mercedes E-Class

The first generation appeared with a facelifted W124. However, the Mercedes Benz models switched to a new system whereby they got the moniker of the E 320 as opposed to the 300 E. the diesel iterations continued to be the fuel economy version for the four and six-cylinder engines. There were V8 sedans that had the moniker of the 400 E/ 500 e from 1993 to 1995. The E 320 came with a 3.2-liter M104 engine and naming rationalization. The unique wipers for the headlamps still bring some nostalgia for users.

Launched in 1997, the W210 E Class got a facelift and a design language that was ahead of its time. The dual oval-shaped headlamps are still one of the most notable accents on the E Class. It was more spacious compared to its predecessor, considering the longer wheelbase. The engine options were a 3.0-liter inline six-cylinder diesel churning out 134 hp. It was linked to a four-speed automatic transmission. There was a new V6 engine that was offered in 1998 that became a replacement for the straight six configurations. The output of the new M112 engine was 220 hp. A five-speed automatic is also available, as is a five-speed manual transmission option for the engines.

It was based on the W219 CLS sedan and introduced as a niche model to attract a younger demographic. The third generation added a facelift to the E Class, where the wheelbase was made shorter, lights were made narrower, and more diagonal. Some of the upgraded features on the model included bi-xenon headlamps and automatic climate control. The largest factory-built engine for the E Class was the E550, which got 5.5 liters. The E63 AMG variant was also introduced to the market. In 2007, the diesel version of the E Class became rebadged from the CDI to Bluetec. The E320 CDI utilized a 3.2-liter inline six-cylinder option churning out 201 hp. The E400 CDI had a 4.0 liter V8 diesel engine making 256 hp. There was an E55 AMG which had a 5.4-liter V8 engine with a Lysholm supercharger spewing 469 hp. Transmission options for the engines on the third generation included a five and seven-speed automatic as well as a 6-speed manual.

As usual, Mercedes had another facelift for the fourth generation, whereby the car looked more aggressive and had sharper edges to make it seem more professional yet sporty. The oval headlamps were ditched for triangles and parallelograms. The grille was more prominent, and the body made longer. The rear also made to slope, indicating more space in the cabin. Engine options for the fourth generation included a 1.8 liter turbocharged I4 M271 DE18 LA at the base level churning out 181 hp. The E350 4MATIC V6 M272 KE35 has a capacity of 3.5 liters and produces 268 hp. Finally, there is the E6S 5.5-liter twin-turbo V8 M157 DE55 LA, producing 549 hp. The base 1.8-liter models can go from 0 to 60 within a time of 8 seconds while the higher trim levels like the E350 4Matic can do it within 6.5 seconds, and the E63 AMG can sprint within 4.2 seconds.

The fifth-generation E Class was revealed at the 2016 North American international auto show though it was only released in the market in 2017. There was an exterior adjustment to the headlights and side skirts along with front fascia. A few more curves were added to make it sportier. At the base level, the E 300 power unit is a 2.0-liter turbocharged petrol engine producing 190 hp. The E 350 also has a turbocharged 2.0, which is going to join the range for the 2020 model year. The E 400 has a 3.0-liter turbo M276 V6 engine churning 328 hp. Finally, the E 400 wagon has the same 3.0-liter V6 petrol engine as the sedan. The fifth-generation also avails an E 350 plug-in hybrid, which has a turbocharged inline-four and an 87 hp electric motor between the engine.

Fourth vs. the Fifth generation

What is the Fuel Economy of Mercedes Benz E Class?

The new Mercedes E Class availed as many as eight engine options for the buyers. Two four-cylinder diesels were offered from the time of launch. The first E 220 D replaces the rough 2.1-liter unit from the outgoing fourth-generation model. The turbocharged 2.0-liter model is suitable for 190 hp, and this is a moderate improvement of 10 hp over the older version. The time from 0 to 60 was also minutely improved by 0.2 seconds so that it is 7.2 for the base model. The stronger launch option of the E 350 d allows for 295 hp, which means a 27 hp improvement as well. The time from 0 to 60 is 5.8 seconds for the E 350 and is slightly faster than the fourth-generation model. It can be attributed to reduced kerb weight, improved efficiency in aerodynamics, and the standard nine-speed gearbox that has had a significant advantage in terms of fuel efficiency regardless of the unit. It also replaces the 5 and 7 speed 5G Tronic automatic transmissions. The 6-speed manual did live on into the fifth generation managing to be included within the 2018 model. The E 350 d is now able to have a staggering 23.38 kilometers to the liter. It is a difference of 5 kilometers to the liter as compared to the previous figures. Official figures of up to 30 kilometers to the liter have been released for the fifth generation Mercedes E Class. That means, not only is it more efficient, but it has beaten the class-leading Jaguar XF. A petrol-hybrid was released in 2017 as well, with an engine output of 279 hp with an ability to run for 30 kilometers on V solely. The fuel economy figures were a staggering 59 kilometers to the liter.

The changes from the fourth to the fifth generation E class are relatively easy to spot at a glance. The new E Class has a softer and smoother appearance compared to the all cornered-broad shouldered look of the previous model. The sleek shape is backed by some excellent aerodynamics such as a drag coefficient of 0.23, which is class-leading and means the car is more frugal with the fuel, and there is less chance at wind noise even at high speeds. It did increase its dimensions despite softening the look, though to make for a slightly wider wheelbase and longer car. The four headlight look was discarded with the fifth generation, and perhaps it lost a few style points there, considering it was a unique attribute dating back since the second generation when Mercedes had the simple ovals. The current profile of the car now resembles the current generations of the S and C Class relatives down to the headlight aesthetics. When it comes to the interior, the tall and narrow center console has been inspired by the larger S Class. It may have been due to the more significant dimensions assigned by the longer wheelbase and vehicle, meaning more room in the cabin. Four circular vents are in the center of the cabin. There are two high-resolution displays, as well as measuring 12.3 inches. One of them is an optional replacement for the usual dials, and the other is meant for infotainment tasks. The build quality is reportedly better as well, according to the brand. The seating has been redesigned for comfort, which was already quite good in the fourth-generation model.

The two models benefit from the driving experience and refinement because of vast proportions of high strength steel and aluminum within the construction. For the fifth generation, the front wings, bonnet, and the boot are all made from aluminum. From the result, the latest E-Class weighs about 100 kilograms less than the outgoing model. The optional Air Body Control air suspension should be able to deliver impressive levels of ride comfort. However, the standard setup has attributes like adaptive dampers, which can be adjusted, so they suit both road conditions and driving styles. The sport set up drops the ride height by 15 mm though it may not be very adequate for roads that have a lot of potholes.

As stated earlier, there have been a few changes made to the tech packages and infotainment of the fifth generation. Whereas the infotainment had a central controller with a 7-inch high-resolution display and a color display in the instrument cluster, the fifth generation E Class has a pair of 12-inch screens. One of the displays replaces the conventional analog speedometer and the rev-counter in front of the steering wheel with several customizable digital dials. The other screen controls the vehicles different onboard features and allows for the programming of the satellite navigation. These screens can be controlled with the use of a touchpad and scroll wheel on the center console area. The layout is also intuitive and is not very distracting while one is behind the wheel though it is not as easy as systems in other European models like the X5. There is a set of small touchpads on the steering wheel as well that allow for swiping through the screens on the big-screen displays. Unfortunately, Apple Car-Play and Android Auto smartphone mirroring are only standard on the all-terrain and AMG tuned 53 and 63 units or the ones which are fitted with the command online infotainment system. An optional wireless charging point is there for mobile devices and adds to cutting edge tech, which may not have been present in the fourth-generation model.

The new Mercedes Benz E Class comes with the standard complement of safety features carried over from the fourth generation, including anti-lock brakes, stability control, front side overhead, and knee airbags. The E Class also benefitted from a new safety kit derived from the four-generation S Class, including a multi-purpose stereo camera that allows the car to detect oncoming or crossing traffic. There is a traffic sign detection sensor that can detect signs from a distance of 50 meters. On top of these, there are standard collision prevention assist technology, Driver Assistance, and lane tracking optional packages which have such items as the Distronic plus adaptive cruise control with steering assist. There is also brake assist and active lane-keeping assist packages.

What is the price of Mercedes Benz E Class in Kenya?

The Mercedes E-Class represents an evolution of style and quality throughout the years, allowing customer feedback and environmental considerations to influence the design of the generations as they were released into the market. Hence, the Mercedes can produce class-leading figures when it comes to fuel economy for the new models. It does this without compromise to the engine and output, which is what, has happened to other brands. It has not watered down quality in any sector, including the interior and technological aspects. The E-Class still provides the same executive and comfortable feel that many brands aspire to have with an element of effortlessness. As a buy, customers cannot go wrong with the model, which provides significant value for money.