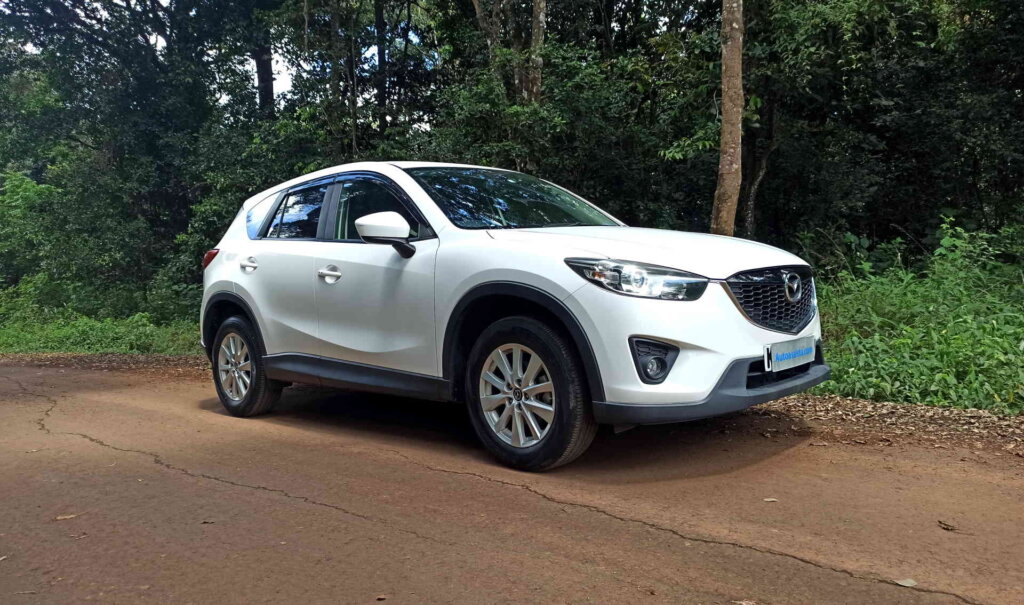 The Mazda CX-5 is a relatively new model considering two generations have been released. The CX-5 was targeted at the local crossover segment to upset competitors like the Toyota Vanguard and Honda CRV. Thus far, Mazda has been successful at establishing the CX-5 in the market due to competitive pricing, elegant styling and great performance. An in-depth look at its features should clear all doubt as to the question of purchase. 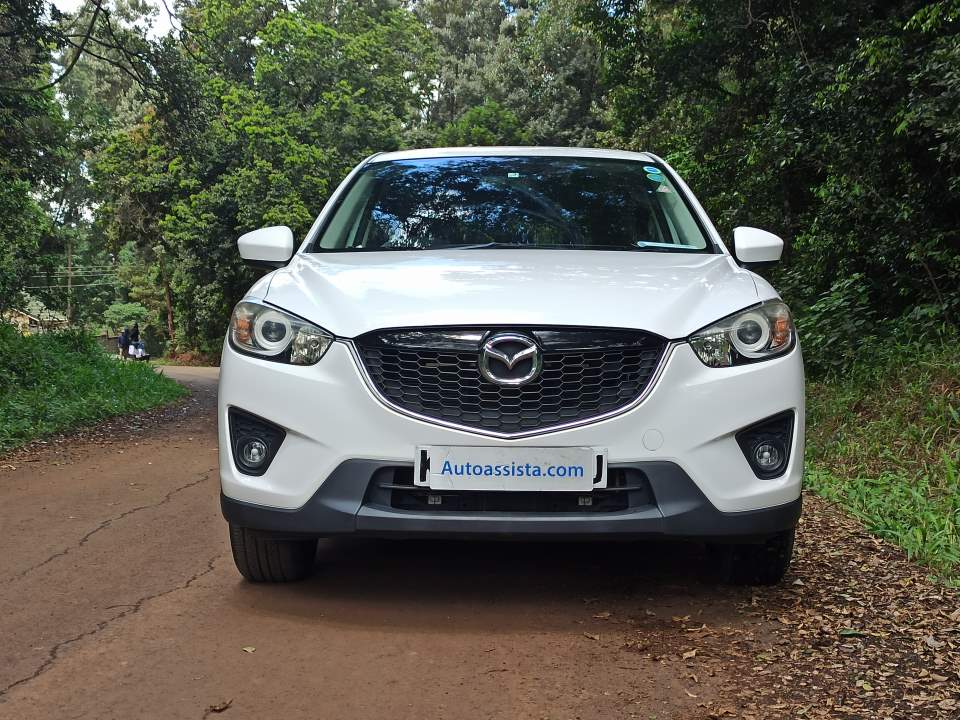 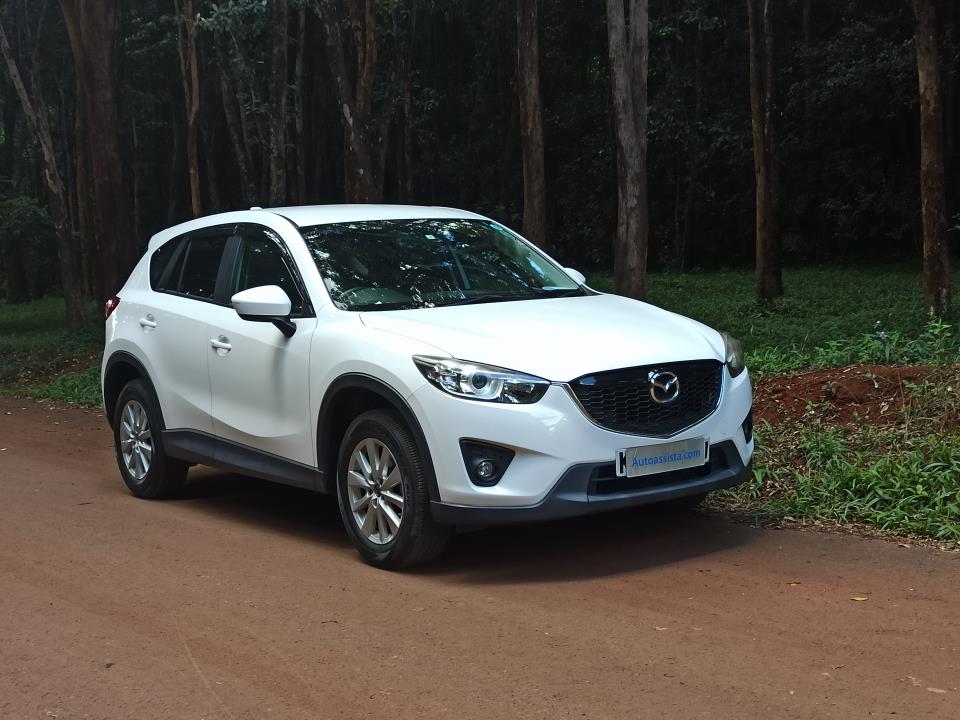 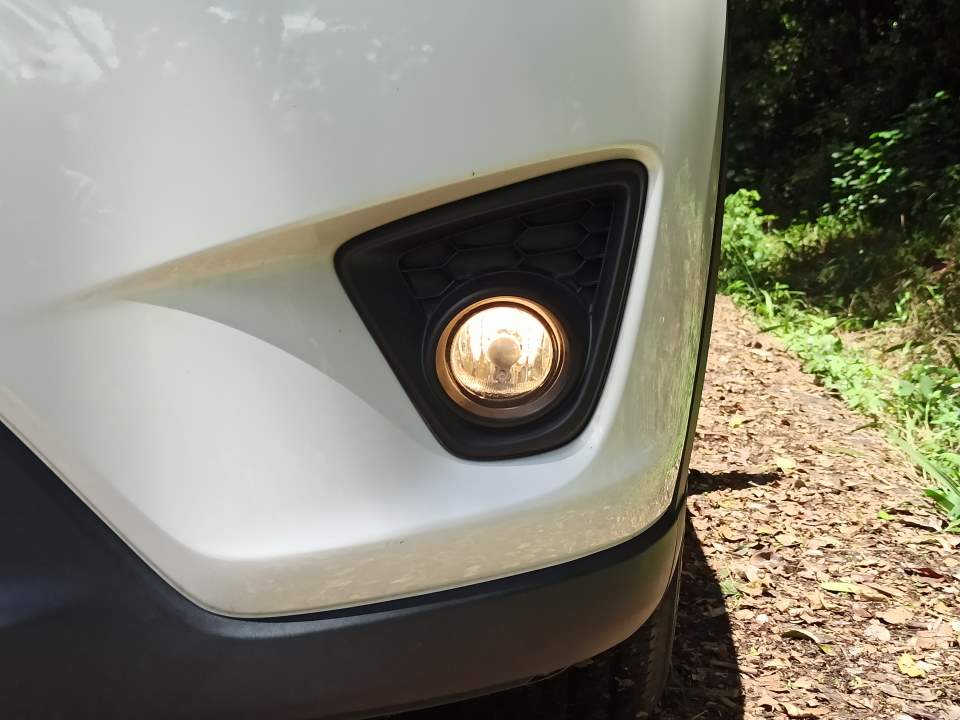 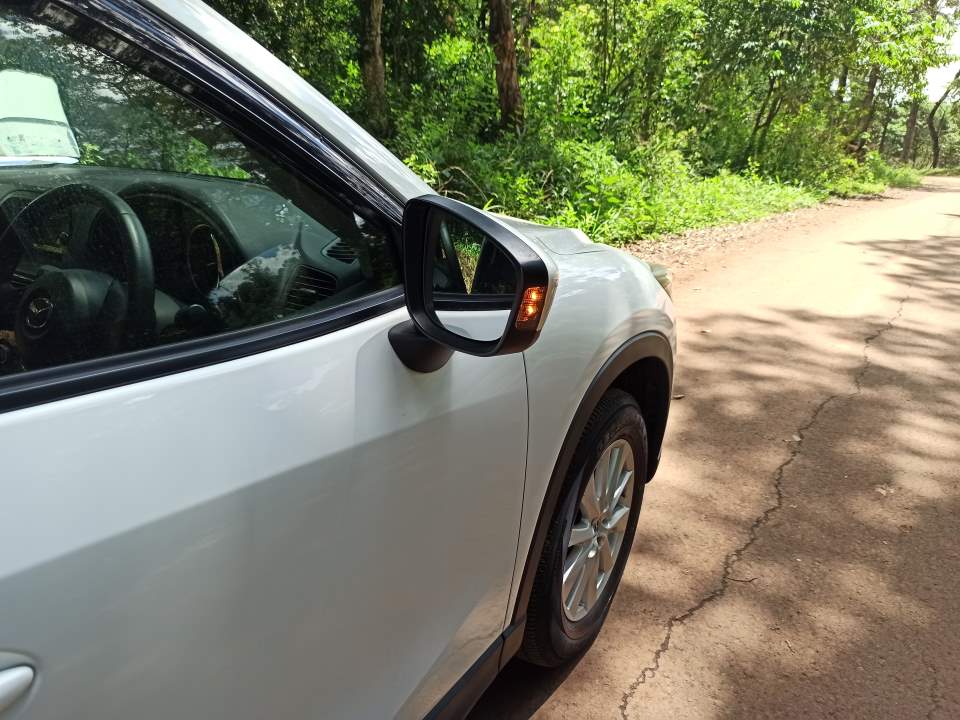 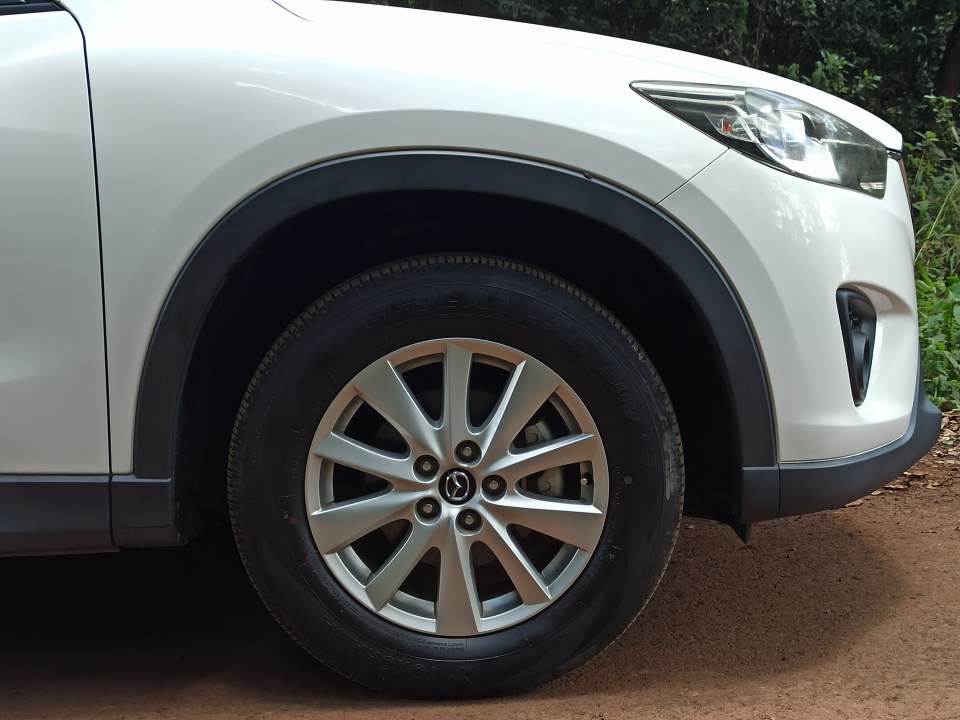 Common terms to describe the 2014 Mazda CX-5 would be well designed and attractive. Mazda made a few changes for the crossover when the first generation was released. The grinning smile characterizing the grille was replaced by a trapezoidal shape. It was possibly to make it appear more credible as an SUV. Mazda also blended sharp angles to the lights, grille and vents with a flowing theme. The headlights are also sharp and angular, giving an aggressive front fascia. The rear is slightly elongated, and the taillights are narrowed as an addition to the elegant design.

The cabin can be described as a combination of soft-touch surfaces and sufficient space. Hollowed seats in the front provide rear-seat legroom for large adults, and Mazda claims the legroom is the best within its class. The driving position and comfort in the front seats are also great. When all of the seats are occupied, it does over luggage space of 34 cubic feet, and that increases the dimensions to 65 cubic feet. The 2014 Mazda CX-5 suppresses wind and engine noise unless the engine is sharply accelerating. It is much quieter at high speeds. 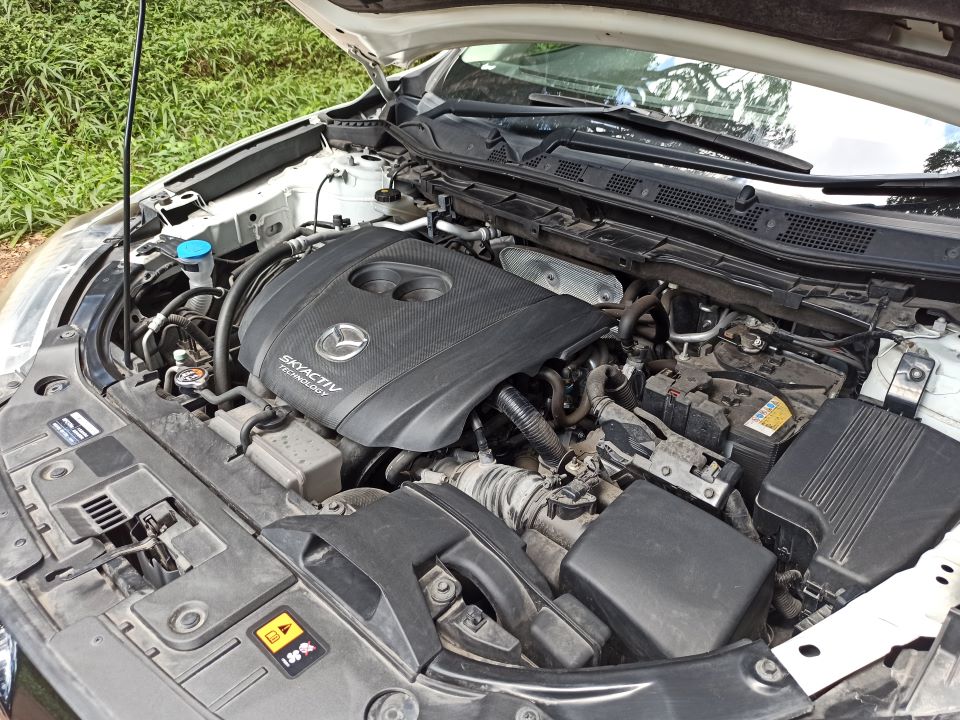 The 2014 Mazda CX-5 base model is available with a 2.0-litre Skyactiv four-cylinder engine. The brand did provide the higher package models with a 2.5-litre unit, and it proved significantly more powerful. The 2.0-litre petrol unit is capable of 121 kW and returns a fuel economy of 10 kilometers per liter. The larger displacement engine has an output of 137 kW and rates at 11.9 kilometers to the liter. A third 2.2-litre turbodiesel engine is available, and it churns out 110 kW. It does have the significant fuel economy advantage of 22.2 kilometers to the liter, though. Surveys have shown Kenyans prefer 2.0-litre petrol or 2.2-litre diesel options in the market.

The 2.5-litre option is paired with a six-speed automatic transmission and set to all-wheel drive. It can achieve 0 to 98 km per hour within a time of 7.2 seconds. The new gearbox plays a large role in making the most of the engine’s smooth personality. Mazda engines also incorporate SkyActiv technologies, which is proprietary. It helps every part of the powertrain to be as lightweight and high efficiency as possible. The result is efficiency in fuel consumption, which is reflected in the numbers. Mazda availed the I-stop smart technology as well. The technology allows the vehicle to saves on fuel through switching off the engine when the car stops and restarting it when motion is required.

The 2014 Mazda CX-5 has been previously described as a blast on any surface. The manner handles is one of the unique features which separate it from the competition. Steering, suspension, and braking are quite capable so, it is relatively playful on a winding road.

The suspension loads more like a sports crossover rather than an SUV hence the nimbleness. There is no sudden unloading out of corners or between transitions, as would be the case in taller vehicles. The ratio is quick and adequately weighted. The 2014 Mazda CX-5 has a precise feel, which is better than other sedans even. 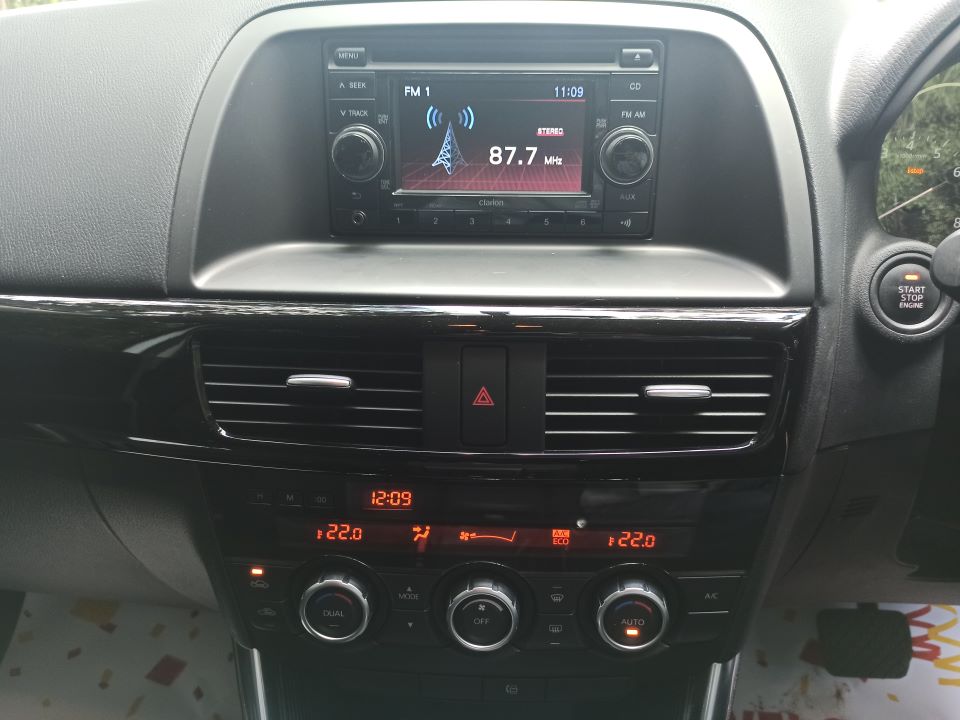 The 2014 Mazda CX-5 infotainment is presented on a 5.8-inch touch screen with a reversing camera and Bluetooth enabled connectivity. Key technologies at the base level include a tilting and telescoping steering wheel with audio controls, remote keyless entry, and a start/stop button. Higher levels provide dual-zone automatic climate control, leather upholstery, and an eight-way power driver’s seat with lumbar support. A power moonroof and rain-sensing wipers are also available.

The Mazda CX-5 is one of the main international safety picks and for good reason. Some of the standard safety features onboard the 2014 Mazda CX-5 include a Sky-Activ Body, Sky-Activ chassis, advanced dual front, and side airbags. Tire pressure monitoring, dynamic stability, side air curtains, rollover protection, traction control, and anti-lock brake systems with electronic brake distribution are also present. Although the 2014 Mazda CX-5 does have fewer airbags than some of the rivals, there are several noteworthy active safety alternatives such as Smart City Brake Support and blind-spot monitoring alert for the higher levels.

As a contender within the crossover segment, the Mazda CX-5 has to compete with the Toyota RAV-4, Mitsubishi Outlander and Nissan X-Trail among others. The Rav-4 is one of the most popular in the local scene due to parts availability and economical pricing. As a five-seater, it has similar dimensions to the Mazda. The Toyota also has a 2.4 four-cylinder engine, so the power ratings may be similar. Both the 2014 Toyota Rav-4 and 2014 Mazda CX-5 are priced at around KES.2,200,000 in Kenya.

The 2014 Mazda CX-5 provides some of the best value for money in the market for crossover segments. The performance, interior, and styling are some of the best highlights of the model. It is also able to handle ably despite its size. There are very few downsides to the Mazda crossover, and that is why it is fast gaining popularity. It is a choice purchase for young family owners and those experimenting with the crossover segment.

i think i liked the car

HI James, thank you for your comment. Are you looking to import a Mazda CX5 from Japan? We can help you import or source one locally. Let us know. 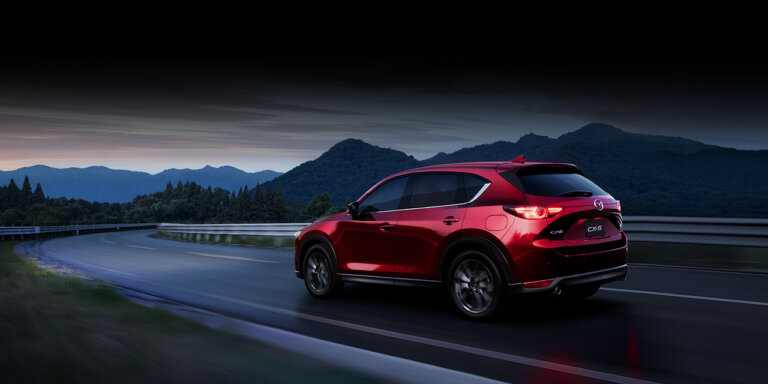